Crappie Down in the Mud 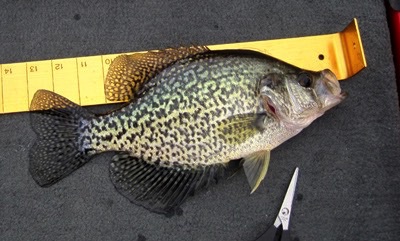 Durning that time, fishing was slower that usual, which put me in a searching mode.  Everyday proved to be another struggle finding active crappie.  I varied approaches by fishing shallow water to deep water, breaks to flats, natural cover to artificial brush piles, little cover to lots of cover, live bait to all sorts of artificial baits without finding a consistence pattern.

The only slight pattern noticed was that lingering clouds buffered activity and only when the sun would peek from behind the clouds did activity increase a little.  But, just as soon as the sun tucked back behind the clouds, activity subsided, again.  After learning other guides and fishermen were experiencing the same, I justified the slowness to the sudden major water temperature change.

However, my natural inclination towards persistence finally paid off with the blessing of discovering feeding crappie just a few yards away from cover and down into the mud.  It was then that I fully believed all those crappie displaying in and over cover on my electronics were mostly inactive and the ones off cover and in the mud were the feeders.  Surprise! Surprise!

I had a single client on that November afternoon who had just moved to the lake and wanted to learn how to fish it.  The day was no different than the past several…struggling to get a limit. Then, after moving to an inside main river bend which had a major break close to the bank and dock, we spot-locked over a small brush pile.  We caught the usual four before the bite stopped.  One under a slip bobber, two a few feet off the bottom and one, mid depth, on a jig.  On a whim, I tossed a pink marabou feather jig, tipped with a Berkley PowerBait Chroma-Glow Crappie Nibble, about 20 feet away from the brush pile and towards a dock post near the break.  The jig was allowed to free-fall to the bottom.  Once on the bottom (about 22 feet deep), it was very deliberately pulled in a super slow motion by  pulling the rod tip up. Causing it to just crawl over the barren muddy bottom.  There was no tap or thump but; rather, just a feeling of extra weight. With a snap of the wrist, bingo, a good size crappie was on.  I did the same again and again.  What do you know…a pattern.  After explaining the technique to my client and lipping a minnow on his jig, he was hooked up, as well.  For the rest of our allotted time, we pulled in one nice big crappie after another.  In fact, we decided to release them all so we could fish just a little longer and cherish that special moment where persistence coupled with experimentation resulted in an new unexpected but successful technique.

Over the years, I have told hundreds of people that I learn far more when the bite is extremely tough than when it’s hot.  It forces me to think outside the box and experiment with unfamiliar techniques.  Learning to fish for crappie in the mud was one of those blessing.

PS: Crappie may get into the mud for warmth, but I now believe that they are feeding on nymphs, small worms and an occasional minnow. 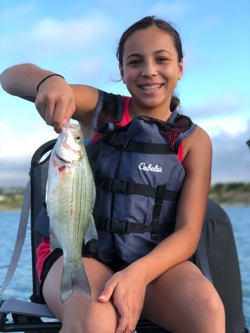 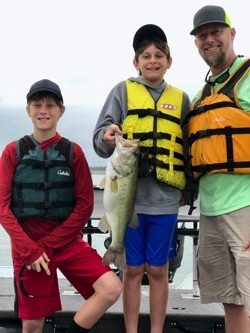 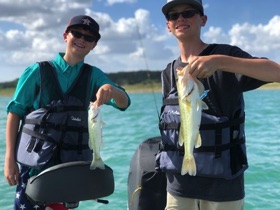 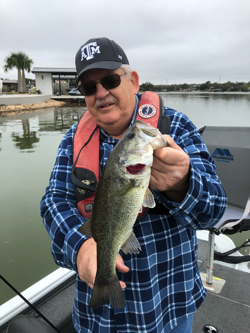